Amanda Bennett, THE COST OF HOPE

(11/26/2012) Very few books prompt my inward spirit to bow to the book’s author because her work represents such high achievement. But that is how I felt when I read The Cost of Hope by Amanda Bennett (Random House, 2012).

It would already have been a great deal if an author had succeeded in creating a compelling portrait of any individual. All the more so if that individual happened to be one’s husband. Yet more so when the husband is extraordinarily idiosyncratic.

In addition, to craft a narrative of his decline and death – to be able to face and relive that history – how many writers could do that? And finally to address the issue of finance and public policy, to explore for the benefit of all of us the chaos of making health-care choices in the inevitable state of imperfect knowledge, amidst wildly varying and untransparent fees, to bring to bear on top of a page-turning narrative this financially analytical eye – truly this achievement is one of a kind.

In these pages we come to know Amanda Bennett’s husband Terence B. Foley, a cable-car conductor in San Francisco, a specialist in Far Eastern history and culture, a speaker of several languages, an adviser to foreign countries on marketing their commodities, a journalist on radio and at CNN, a professor, a tuba player in a Dixieland band, a pilot of both Cessnas and helicopters – as well as his wife’s biggest booster and a loving father who knows how to allay his children’s anxiety about a cross-country move (no spoilers here – see page 49).

Anyone who wonders, as I do, about the ancient adage “as above, so below; as within, so without” will have much to wonder about in connection with the particular maladies that Terence Foley contracted. At the age of 60 his colon had to be removed because of ulcerative colitis. Seven years later, the cancer from which he died was a rare and aggressive form of kidney cancer.

The function of the colon, beyond removing water from waste material and recycling the water throughout the body, is to eliminate what we do not need. And the function of kidneys is to filter what is useable from what is not useable, again sending the waste products out of the body.

It was one of Terence Foley’s idiosyncracies that he stuffed every one of his homes with as many things as they could possibly hold. In the China of 1983, where Terence Foley and Amanda Bennett met, it made sense to stockpile videos, holiday decorations, cameras, games, equipment for entomology and for cooking and on and on, since the culture provided so little diversion. But even back in the US, once they had a son it was still the case that “Nothing our little boy touches can be thrown away,” and the same held true for the daughter adopted later. A four-bedroom house with a two-car garage, a finished basement and a storage area is packed so full his wife becomes hysterical.

And yet, should I say that he should have lived differently? Would he therefore have avoided these diseases? But then he would not have had the magnificently exuberant and large personality that we come to enjoy through these pages – the man who could make himself an expert on anything and who, when in the clutches of a difficult job-hunt, would craft a resume crisply detailing his experience as UN Secretary-General, president of Harvard University, Director of the CIA, and papal nuncio, among other honors (including Eagle Scout and Heisman trophy winner). Eventually the resume encountered someone with enough wit to recognize his talent.

Yet again, cancer itself is a disease of chaos. Cells grow without recognizing boundaries. Even in a petri dish, they will sometimes grow beyond the bounds of the dish rather than stopping as normal cells generally do. Cancer is also a disease in which the immune system has broken down. The job of the immune system is to distinguish self from not-self, and dismantle the not-self that does not belong in our body, such as pathogens or cells that have made mistakes while reproducing themselves.

And Terence Foley was a man of so many talents, so many careers, so many selves, that even on his death his wife was hesitant that she might find among his belongings proof that he had indeed been a spy, as she had sometimes wondered early in their relationship.

Are there generalizable lessons that we can learn from such an unusual story?

We might learn that as citizens we should do what we can to bring more rationality and transparency to the ways our medical care is paid for – because in large part this book is the story of the current financial chaos of that system.

We should see that our local hospitals adequately support those wonderful people who take on the role of nurse navigators and patient advocates – because, as this book stipulates, currently nothing about the medical system is patient-centered (see Chapter 22). And, as I know from talking with my own clients who are cancer patients, sometimes surprises are sprung on patients at the last minute.

Yet finally the effect of this book is as much to inspire as it is to teach. I can only marvel at two lives so well lived, and a death so well navigated by both the dying one and the bereaved. Thank you, Amanda Bennett.

At the end there, it felt like I was floating on a cloud. That was just when you said things were starting to move more freely. 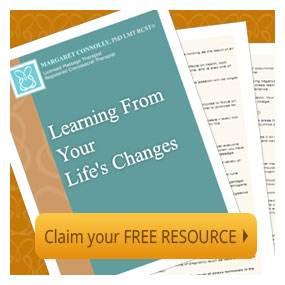